Hand splitters (also known as feathers and wedges) are a simple and olddevice used since the Roman Empire. Theyconsist of three metal pieces: one wedge and two escorts or guides. The wedgeis rectangular in cross section, with a straight shaft that narrows downwards. The escorts are semicircularin cross section, with the rounded side for contact with the rock and theflat opposite face in contact with the wedge. The shaft is straight, except atthe top, where it bends to the sides. Since such metal pieces are simple intheir architecture they can be produced by any blacksmith, being adapted to thediameter of the drill holes. Besides being shock-resistant, the metal should besmooth in order to avoid friction with the rock and between metal pieces.

Existing rock cracks and weak areasare preferable when deciding the position of the splitting line. Several drillholes have to be made along the splitting line using a hammer drill, where thedistance between the drills holes depends on the layer thickness and hardnessof the rock. In general, drill holes may be about 20 cm apart, but harder or thicker stones requiresmaller distances between drill holes. The depth of the drill holes should beat least one third of the thickness of the layer of stone to be broken. Harderstone requires deeper drill holes. When drilling, some water should be pouredin the hole in order to cool the drill. The diameter of the hole should besimilar to the stone-splitter diameter, and wide enough to adjust the twoescorts of the stone-splitter. Harder rocks may require larger stone-splitters (up to 3 cmthick). Once the two escorts are inserted in the hole, the thinner end of wedgeis adjusted in between. Oil may be applied to facilitate the sliding of thewedge between the escorts when the wedge has already firmly penetrated in the drill hole. Oil should be used with caution in order to avoid unwantedjigs of the stone splitters. Since each drill hole has a stone splitter, oneshould hammer down the wedge, making it penetrate between the escort. A few hammerhits on each wedge should be enough, avoiding differential penetration (meaningstone-splitters penetrating more than others) along the splitting line. Ifeverything works normally, the stone splits a few minutes to an hour later,depending on the size, thickness and Hardness of the rock. Soaking the splitting line with water helps toweaken the crack. The stones splitters can be re-used. Cliff slopes can beunstable and potentially harmful for workers. Nevertheless, double caution whenworking nearby cliff slopes face when the stone splitters or expansive agents arebeing used since they would get even more unstable. 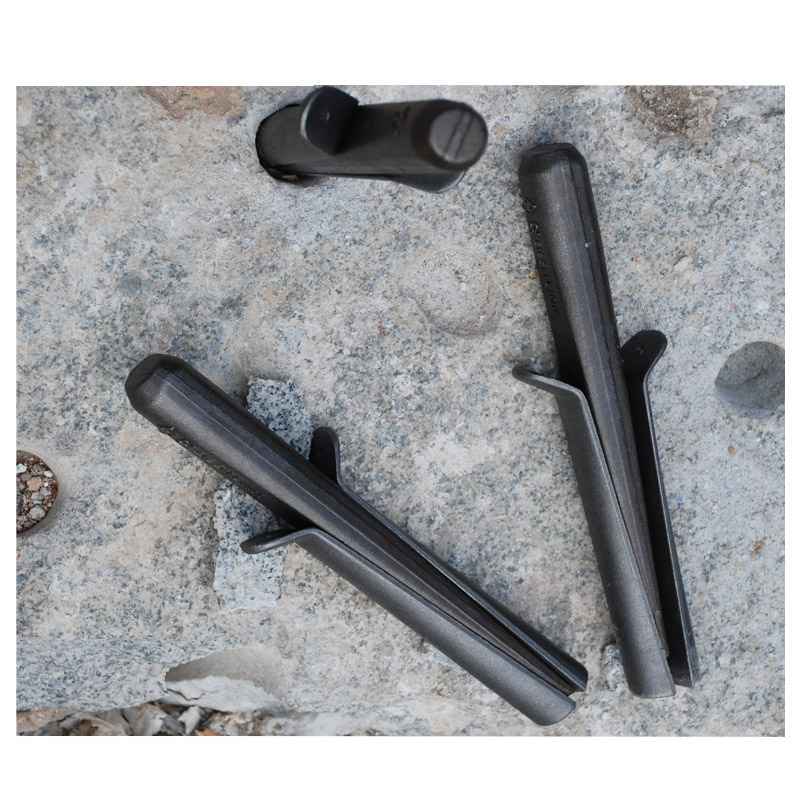 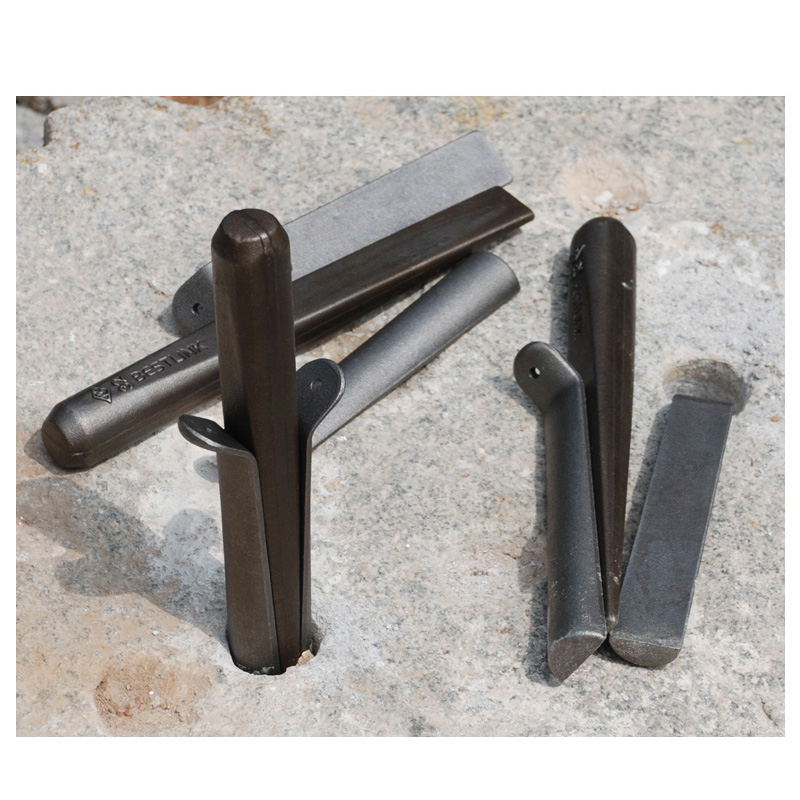 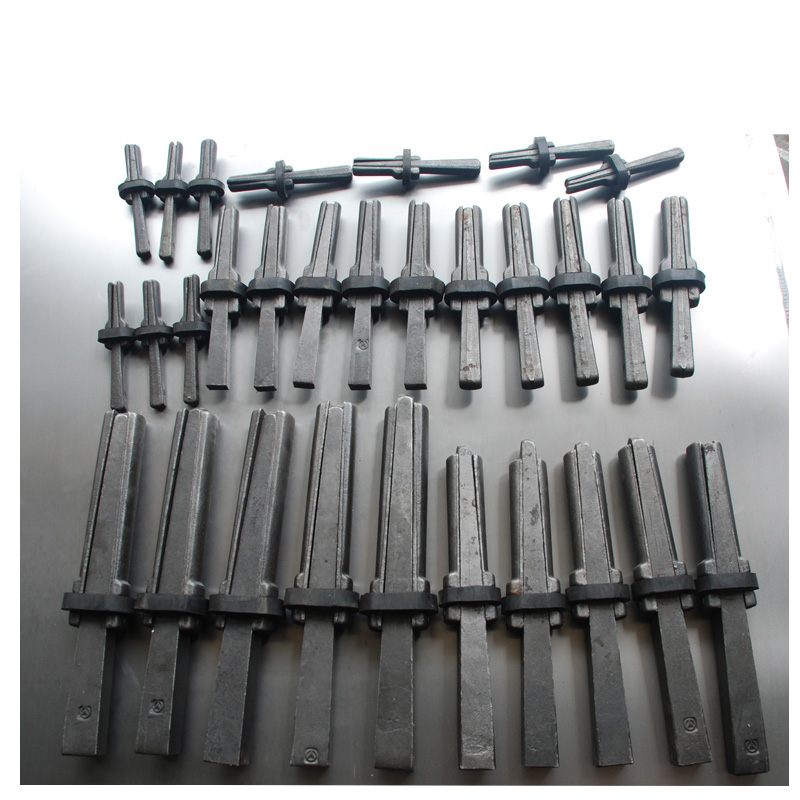